Alfredo Da Silva was born in 1979 in Nantes, he lives and works in Paris. A graduate of Design Nantes Atlantique School in 2005, he worked initially with 59 workshops in Lille.

Independent designer, he worked successively with Arik Levy and Noah Duchaufour-Lawrance since 2010 but also with the publishing house Queen Mother. 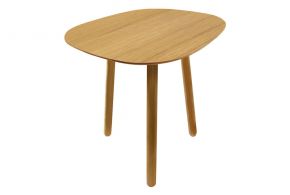