Ole Jensen is a highly recognised Danish designer. While he originally focussed on ceramics, Ole Jensen has now broadened his work considerably. He has won several design awards and exhibited at leading venues such as MoMA in NY.

"I would argue that my work is simple, unambiguous and to some extent minimal, but hopefully never boring! To be part of a design tradition with icons such as Aalto, Mathsson, Jacobsen and Panton is enriching but also a burden. You are influenced by this tradition whether you like it or not. But for too many years the work of the old icons has been treated like a guideline for good Scandinavian design, leading to uncritical refinement and degeneration. Luckily, with the rise of a new Nordic design generation we are seeing an ambitious will among talented young designers to further develop the Scandinavian tradition through everyday pluralism, richness and poetic ideas." 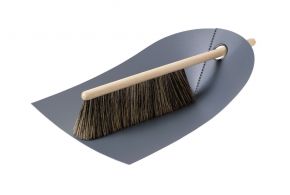