Claesson Koivisto Rune is one of Swedens most prominent design studios and the three designers have among many international awards been awarded the annual Swedish design award eight times.

"Being both designers and architects at the same time, we tend to look at design as always a part of a greater spatial context. This multidisciplinary approach is typical for the Scandinavian tradition and adds cross-inspiration to our work in both the small and the bigger scale. What's worth pointing out about the Scandinavian designers of the 50's and 60's is the strong bond between architecture and design. In that respect we try to do the same thing. Design today is international. Perhaps more than ever before. And it resonates around the globe. The Scandinavian design scene of today is full of momentum, full of talent. Hopefully this can inspire other designers in other places." - Claesson Koivisto Rune 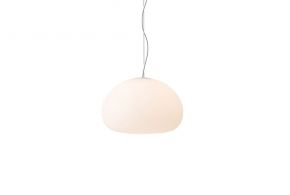