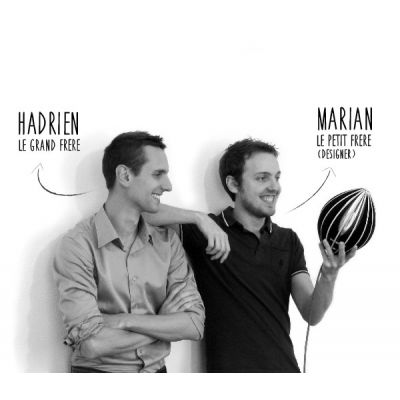 Marian in a few words : talented designer (is not it?) Formed in Helsinki, Finland, in the studio of famous Finnish designer Ilkka Suppanen. He won various competitions in France and elsewhere, and draws attention, including his older brother who says you can maybe do something.

Hadrian in a few words : not really artists but design enthusiast, and after lengthy studies and a promising early career framework, all plate (except his wife) for his brother's and Gone.