Michael Graves, born in 1934 in Indianapolis, is a world-renowned American architect. He teaches architecture in Princeton since 1962. His architectural works include the Portland Building, the extension of the Whitney Museum of American Art and the Newark Museum. He also offered his services as a designer for the company Alessi.

Michael Graves has designed numerous architectural works for the Disney company. but his work is beyond the scope of this company: his architectural firm (Michael Graves & Associates) works on five continents with nearly a hundred achievements to their credit since 1967, including skyscrapers such as Humana Building in Louisville in 1985, which is one of the most famous examples of post-modernism of the 1980s, the Castalia building in The Hague, Netherlands, in 1998, designed in a local style or the 425 Fifth Avenue in New York in 2003. 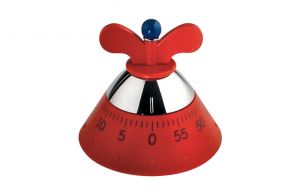